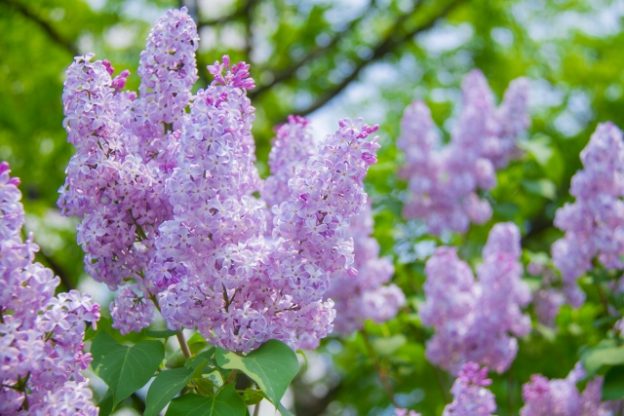 Sapporo Lilac Festival starts from mid May every year (17 May to 28 May for year 2017) when lilac, the flower of Sapporo city is blooming. The festival is held at Odori park where four hundred trees of lilac are planted and Kawashimo park. Some attractions like music concerts are taken place in the festival period as well.
Sapporo Lilac Festival is a symbol event to enjoy outside activities for Sapporo citizen after the winter over a half year finishes.


Following Sapporo Lilac Festival, Sapporo city transforms to much bustling town by YOSAKOI Soran Festival in early Jun (7 Jun to 11 Jun for year 2017).
This festival was created by university students in 1992, so it only has quite short history compared to other traditional Japanese festivals, but it already became an important event in early summer in Sapporo. Totally different from traditional Japanese Matsuri, dancing with up-tempo musics is the characteristic of YOSAKOI Soran Festival. Not only dancers, but audiences also come to feel excited during this festive season. The winning team at the contest and major teams often visit overseas countries to show their great dancing performance.

Sapporo Masturi with a hundred year history is the oldest festival in Sapporo, which should be a traditional style festival as most foreign people could be guessing as Japanese Matsuri. If you have chance to visit to Sapporo during Sapporo Matsuri from 14 Jun to 16 Jun fixed every year, would see many local ladies wearing Yukata, one of Japanese traditional clothes at Nakajima park, Susukino area and Odori park in the city.
At Hokkaido Jingu (Hokkaido Shrine), you can find the array of food stalls and traditional ceremony for dedication to the god of the shrine, meanwhile more than 400 stalls and entertainments such as haunted house, freak shows and circus tent appear in Nakajima park for three days.
People wearing ancient clothes will march in the town on 16 Jun, which especially approach Sapporo central in the afternoon on the day.